Conspiracy, a word derived from the Latin “to breathe together,” has been a salient part of the darker side of recorded history ever since some 60 conspirators in the Roman senate, including Brutus and Cassius, plotted together to assassinate Julius Caesar in 44 B.C.  Nowadays the “C” word does not always sit well with journalists, who commonly employ it in conjunction with “theory” to describe paranoid distortions of reality.

Even so, a criminal conspiracy is not a rare phenomenon.  Not only was a foreign conspiracy responsible for the monstrous 9/11 attack on the World Trade Center (as well as the previous attempt to blow it up in 1993) but, according to the Center on Law and Security at Fordham University, over 90% of routine federal indictments for terrorist attacks since 9/11 contain at least one conspiracy charge.  The government’s pursuit of conspiracies is by no means limited to terrorism.  Conspiracy charges are the rule rather than the exception in cases brought against businessmen accused of fixing prices, evading environmental regulations, using insider information or laundering money.

But there are also pseudo-conspiracies that exist only in a delusionary or misinformed mind.  And some of them achieve a huge following.  In Pakistan, according to public opinion polls, a majority of the population believes that the 9/11 attack was staged by President George W. Bush to launch a war on Islam.  The claim that the 1969 moon landing was faked is still around.  Just two days ago a crew from a Russian TV channel rushed to my apartment to interview me about a viral post on YouTube in which the deceased director Stanley Kubrick supposedly made a deathbed confession to having filmed the landing in a Hollywood studio—even though everything about the post, including a fake Kubrick, was untrue.

Why people believe in pseudo-conspiracies (delusional conspiracy theories) is the focus of Rob Brotherton’s fascinating book “Suspicious Minds.”  Mr. Brotherton, an academic psychologist, advances the thesis that the belief in pseudo-conspiracies proceeds from the “quirks and foibles” in the way that the human brain, or at least some human brains, process evidence.  He lucidly reviews studies showing common defects in the brain’s wiring, such as the bias that selects evidence to confirm rather than undermine a pre-adopted thesis.  “We seek what we expect to find,” as Mr. Brotherton puts it.  Relatedly, “biased assimilation” causes us to “interpret ambiguous events in light of what we already believe.”

Until the controversy over the validity of Warren Commission’s 1966 report on the Kennedy assassination, the phrase “conspiracy theory” had a more neutral meaning, suggesting a plausible yet unproven claim about multiple actors in a single event.  Only in the aftermath of the Warren Commission did it become a derogatory term used to suggest theories that subvert conventional wisdom.  To those who doubted the commission’s finding that a single gunman killed Kennedy, Earl Warren became, Mr. Brotherton’s says, the “figurehead in a vast cover-up.”

It is not easy to find an objective criterion that distinguishes the inquiry into a real conspiracy from one that chases a pseudo-conspiracy.  Both types rely are the eyewitnesses, documents and forensic evidence.  The best that Mr. Brotherton can offer on this score is to cite Stewart Potter’s famous comment on pornography: “I know it when I see it.”  In the context of suspicious minds, though, one person might see a plausible case for a conspiracy and another only outlandish connections.  The distinction is in the mind of the beholder. 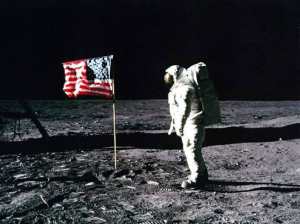 Mr. Brotherton offers a sample list of conspiracy theories, including ones alleging that Abraham Lincoln was assassinated on the orders of his vice president;  that the moon landing was faked;  that Area 51 in Nevada is home to extra-terrestrial technology under government auspices; that President Obama is “a communist Muslim from Kenya.” Such theories are meant to show that suspicious minds leap to absurd conclusions.  These are chosen because there is no evidence to support them.

The picture changes, however, if we consider, for example, the theory claiming that Lincoln’s assassin, John Wilkes Booth was part of a larger conspiracy backed by the Confederacy.  On April 14, 1865, at about the same time that Booth shot Lincoln, one of his associates stabbed Secretary of State William Seward and another stalked Vice President Andrew Johnson with a loaded gun.  The military commission appointed by President Johnson, after hearing 371 witnesses testify and after examining Confederate bank transfers and cipher communications, concluded that the three attacks were part of a conspiracy sponsored by the Confederacy and convicted eight of Booth’s associates, four of whom were hanged.  Here we have a conspiracy theory proceeding not from crackpots but from a government commission backed by the new president and most members of Lincoln’s cabinet.

Clearly the defects in the brain’s wiring that lead to crazy theories may lead to the confirmation of theories that are adopted by rational people. Indeed, the confirmation bias can work in contradictory ways: confirming not only conspiracy theories but the impulse to reject them in favor of conventional wisdom.  Can this defect be corrected?  Here I am reminded of a Woody Allen’s 1996 comedy “Everyone Says I Love You,” in which the once-liberal son of a New York liberal family starts spouting conservative theories until a doctor solves the problem by restoring the proper flow of oxygen to his brain.  The movie has a happy ending when the son goes back to spouting his family’s liberal theories. While Mr. Brotherton offers no such remedy to our brain’s defects, he does offer a thought-provoking analysis and an appealing guide to thinking about conspiracies, real and imagined.