Skip to content
HomeLaying to rest, once and for all, the fake UFO “document”….SOM 1-01 “Special Operations Manual”

SOM 1-01 was evaluated as a fake by reputable UFO researchers, including MUFON’s Richard H. Hall and Thomas P. Deuley:

“The SOM-01-1 manual arrived in the mail to Don Berliner as a roll of film form an anonymous source.  This immediately raises suspicions, since there is no identifiable source whose veracity and reputation can be checked and no original documents that can be subjected to forensic analysis.  We believe this to be a hoax document, a deliberate fake designed to mislead the public and to plant a false information in the UFO research community”: 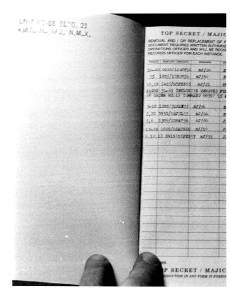 (According to Caer Bannog, “Richard C. Doty was the front man.  He may not have been the actual author of the MJ-12 story or documents, and he denies being the source, however, he was the disseminator of it.  The first mention of Majestic 12 in history was from the faked documents Doty fed to Paul Bennewitz, which Doty admited were disinformation.”) 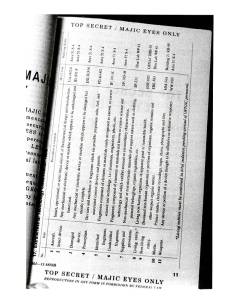 (Above, part of fake document:  SOM 1-01…….SOM 1-01, purportedly printed in April 1954, contains many flaws.  For example, it stated that crashed ET craft should be sent to “Area 51 S-4” in Nevada.  But that portion of Nellis Air Force Base was not given the name “Area 51” until several years after SOM 1-01 allegedly was printed.)

21 thoughts on “Laying to rest, once and for all, the fake UFO “document”….SOM 1-01 “Special Operations Manual””