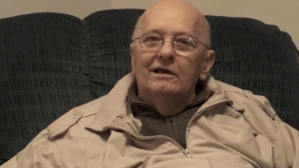 There are so many characters in the field of Ufology who claim to be government UFO “whistleblowers“, it’s becoming almost ridiculous.   They are a dime a dozen.  The vast majority of those, if not all, are nothing but “self-claimed” whistleblowers.  Sure, some of them may have worked for the government but not in the capacity related to their self-claimed position.  They are totally unreliable and their grandiose claims are totally unreliable.   Some of those self-claimed government “whistleblowers” have actually even caused irreparable mental damage to their gullible “victims”. 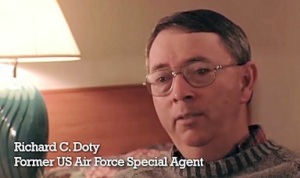 There are also those who claim unveriafiable, sensational claims even upon their deathbed.

Here is one example, Boyd Bushman:

A deathbed confession can be a way to solidify one’s reputation.
The thinking could easily be, “People really believe that people are 100% honest on their deathbed, so I’m going to make sure I go out with a ‘bang’ and make my claims yet again.  People who didn’t believe me before might this time because they’ll think I’m telling the truth ’cause I’m about to die.”

However, in addition to explaining why the common reasons to believe deathbed confession testimony are unconvincing, there’s a better reason why the testimony is not useful:  They’re doing it wrong.

Let’s say I had a bunch of secrets of exotic physics and decided to do a deathbed confession.  Here’s what I would say:  “I’ve been working on antigravity and warp field physics for the last 50 years, in secret, with the US government.”  Then, instead of showing photos of a spaceship or a blurry alien, I would add:  “And, here are the equations.  Here is a diagram for how you build a device.  Here is a working model.  Here is exactly how you put everything together.”

In other words, it shouldn’t matter who I am, what my experience is, or what pretty (or ugly) picture I show.  What I need to show is HOW to do it.  Just saying something doesn’t make it so.  I need to give enough information for someone else to verify it and duplicate it.  Otherwise, what’s the point?  To make a spectacle before I die?

That’s why I find this whole deathbed confession thing unconvincing and, perhaps more importantly, not useful:  We have no more information than we had before.  We have no way to verify any of the information claimed.  No way to test or duplicate it.

At best, we have another person claiming this stuff is real, and while he or she may be proven out with the passage of time, their “confession” contributed absolutely nothing to that advancement.

Until then, it’s no better than any other pseudoscientific claim.

By the way, there are quite a number of gullible UFO researchers who have easily been taken in by such claimants.

Here is another example of unconvincing deathbed confession, this time by a self-claimed former CIA Agent, courtesy of X Unknown & Richard Dolan:

Many folks ask me, “so, who do you trust in Ufology?”

I, for one, have a high respect and trust for Dr. Jacques Vallee.

I also like the logical arguments presented by John B. Alexander who has stated many times that there is no intentional UFO cover-up by the government.  On this I agree with him totally.

My other heroes were the late Dr. J. Allen Hynek and the late John A. Keel.