“Located in the western United States on the edge of the Death Valley and the southern outskirts of Nellis Range, home of Area 51, it is America’s best place to see combat aircraft training for their dangerous low-level infiltration role.

The Jedi Transition is one the the few places on earth where you point your camera down to shoot combat aircraft photos  (the other famous one being the Mach Loop).   The aircraft actually fly beneath you through the canyon.  And to say it is breathtaking is an understatement.”  – – courtesy of Tom Demerly, THE AVIATIONIST 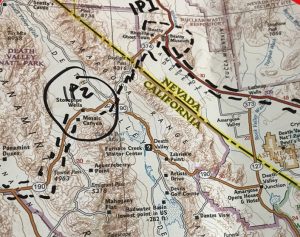 Here is why fighter pilots love to fly through the Star Wars Canyon in Death Valley, California: