Skip to content
HomeWhen you move into New Mexico, USA, you must learn these expressions – – it’s a MUST 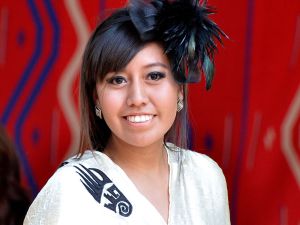 YES, we may be right above Mexico and are frequently confused for being part of Mexico, but New Mexico is its own separate entity – – including our language.  New Mexicans use a colorful lexicon of Spanglish terms and expressions (some of which we don’t even fully understand), but one thing’s for sure:  if you know these 18 expressions when you come to visit, it’s gonna be “all sick, huh?”

We say this at the end of sentences all the time.  It means exactly what it sounds like, but must be delivered in a monotone voice.

This expression (which we usually say at the beginning of a sentence) could mean literally anything.  Seriously.  Even we couldn’t explain it if you asked.

Feel free to use this interjection liberally to express fear, excitement, disappointment, agreement, whatever.  “Eeee, I just got off work.”  “Eeee, this green chile is so good!”

Tack this onto the end of any question for that little extra bit of frustrated emphasis.  “Are we going to Blake’s or what?”  “Will you marry me or what?”  “Can we leave now or what?”

Oh yeah, we’re all about this dated ’80s slang.

If you’re asked this in a restaurant, no, Santa is not about to jump out.  We mean do you want red chile, green chile, or both (Christmas) on your meal (and if you want neither, get out).

By this, we mean literally any kind of soft drink.

Once you see all the never-ending road work, you’ll understand.

Probably one of our all-time favorite jokes.  (Eeee!  I owe you, eh?)   We have definitive vowel preferences.

A handy term to use in place of an expletive when trying to express astonishment.

Ah, the quintessential end of sentence modifier.  Think like Canadians, but sans Canadian accent.  “We’re heading to the movies, eh.”

Because Albuquerque is a pain in the ass to spell.

Our personal version of Hollywood.

The slang term for our only minor league baseball team.  “Orale, you want to go to a ‘Topes game?”

Likewise, ‘you know’ can sometimes be added in the middle of sentences.

These are used in a similar manner to the Canadian English “eh,” in the sense that it’s a reassurance to getting an answer.

A confirmation with a simple ‘I know’ , or even combining with an assuring ‘I know, huh’, is a simple agreement similar to ‘I agree’ or ‘I concur’.

Another popular example is “bueno bye” (with the “b” in bueno being very subtley pronounced), which is used at the end of conversations, especially at the end of a phone call.

The partial pronunciation of certain words, most obviously with the word “crayon”, pronounced with a single syllable as cran, whereas in standard American English, it is pronounced with two syllables as cray-on.

This can be exaggerated in certain situations, though it doesn’t occur quite as often, including pronouncing ‘remember’ as ‘member’ and ‘especially’ as ‘specially’.  Such pronunciation creates obvious homophones.

Many unique context-sensitive interjections exist, including; ‘Oo ee’ as a fear based interjection, a long “e” (Eeee) is an exclamation of bewilderment, and the trepidatious usage of the word ‘omber’.

“A la” short for the curse term “a la maquina” is fairly common as well.

Pípíhearted, a combination of the Spanish term “pío” (as in pío-pío, which is an onomatopoeia from the sound of a baby bird or chick) and the English terms “chicken-hearted” or “broken-hearted”, is a slang expression used to tell someone to not be distressed or offended at a prior remark or situation.

shut the light, for “turn off the light”

get down from the car, for get off the car

Ombers, an interjection commonly used to express playful disapproval or shaming of another

Of course, this all depends on where in New Mexico you grew up, as well as what part of the community you grew up in.  LOL !!

NEW MEXICO WILL NEVER LEAVE YOU, NO MATTER WHERE YOU GO

HERE ARE MY FAVORITE PHOTOS OF NEW MEXICO:

MY FAVORITE PHOTOS OF NEW MEXICO, TAKEN WITH MY INEXPENSIVE POCKET CAMERA

3 thoughts on “When you move into New Mexico, USA, you must learn these expressions – – it’s a MUST”