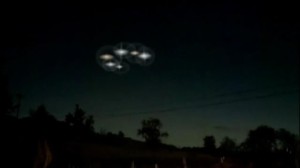 Only the “V”-shaped object in the following video were admitted to be light planes flying in formation – – 6 pilots at a local airport did about 18 night-time “missions” and flew in formation, sometimes without lights – – this hoax fooled at least some of the witnesses.

However, the other formation in the video still remains unsolved!!:

IF THEY EXIST, THEY ARE NOT OURS.

The U.S. Air Force has never built any humongous triangular aircraft or boomerang-shaped craft  (such as three or four times the size of a football field)  that can hover absolutely silently or maneuver silently and as slow as 10 to 15 miles per hour in the sky.

In fact there is not a single credible photo of any US-made humongous flying triangular craft, so far.

IF NOT OURS, WHERE DO THEY COME FROM?

We do not know for sure.

Moreover, who is to say that they are not temporarily manifested, paraphysically induced and temporarily materialized phenomenon created by some unknown sentient entities from another dimension, for reasons yet unknown?