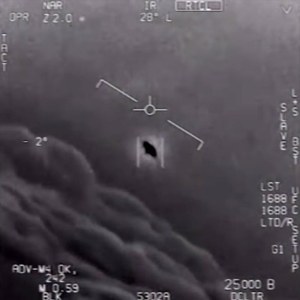 In an article released by The WARZONE on November 25, 2019 two men who worked on classified, advanced aerospace programs back in the 60’s, weigh in on the recent Navy UFO  (Tic-Tac)  Encounters.

T.D. Barnes started working on black op projects back in 1954, when he worked on the “world’s first operational surface-to-air missile systems (SAM).”  In the early 60’s, he worked for the CIA as a Special Projects engineer at Area 51, working on the A-12 spy plane  (Project OXCART).

CIA developed the highly secret A-12 OXCART as the U-2 spy plane’s successor, intended to meet the nation’s need for a very fast, very high-flying reconnaissance aircraft that could avoid Soviet air defenses.  It became operational on November 12, 1965.  Not only did the A-12 prove its worth during its short operational life, but the overall OXCART project produced the second-longest-lasting aerial reconnaissance platform in US intelligence history:  the SR-71.

Barnes states that the CIA was worried that a new, highly advanced Soviet Union radar system would be able to detect the A-12 when it flew missions over their airspace.  The CIA then developed a program called PALLADIUM that caused false targets to pop up on the Soviet Union’s new radar system.

In the 2010 Mirage Men book, Mark Pilkington discussed how Dr. Leon Davidson thought some UFO radar appearances were man-made, created for covert counterintelligence purposes.  Pilkington discussed a CIA program that created radar “ghosts,” Project Palladium, and how it might have been used to also spoof UFOs.

In this article, Barnes states:

“Using an electronics-laden C-97 [EC-97G], we could make Soviet radars believe they were tracking any number of aerial objects,” mused Barnes.  “At one point, a Russian MiG-15 pilot even claimed he could see the target and had a lock on it.”

“I don’t have the answers to what the Navy aviators saw, but in my mind, I’m thinking, we are doing it again.”

Now here is where it gets interesting.

On November 7, The WARZONE published an article on the Navy’s latest revolution in electronic warfare, the Netted Emulation of Multi-Element Signature against Integrated Sensors, or NEMESIS. 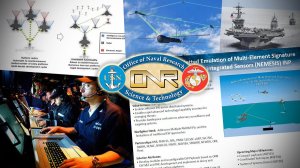 The U.S. Navy has been quietly developing what could be one of the most important, transformative, and fascinating advances in naval combat, and warfare in general, in years.  This new electronic warfare “system of systems” has been clandestinely refined over the last five years and judging from the Navy’s own budgetary documents, it may be operational soon, if it isn’t already.  This secretive new electronic warfare “ecosystem” is known as Netted Emulation of Multi-Element Signature against Integrated Sensors, or NEMESIS.

It’s clear that, for years, the Navy has been developing and integrating multiple types of unmanned vehicles, shipboard and submarine systems, countermeasures and electronic warfare payloads, and communication technologies to give it the ability to project what is, in essence, phantom fleets of aircraft, ships, and submarines. These realistic-looking false signatures and decoys have the ability to appear seamlessly across disparate and geographically separated enemy sensor systems located both above and below the ocean’s surface: