Skip to content
HomeMy mother’s ‘flying saucer’ sighting in 1975……Do I believe her?……Yes, without any doubt!! 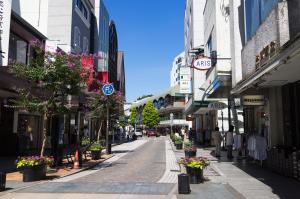 Because of my fear of public ridicule, I have not told this true story publicly before, even to most of my closest friends.  It is only just recently that I have decided to go ahead and share this with the public:
My beloved mother passed away a few years ago in Yokohama, Japan, at the age of 88.

One of the most fascinating things my mother had ever told me happened one bright, clear, cloudless day in the spring of 1975.

I was living in Phoenix, Arizona.
I remember receiving from her a most interesting letter.
I could see her excitement in that letter.
She wrote to me in that letter saying that about 10 days before, she had distinctively observed a silvery, metallic, “flying saucer“-shaped object (with a dome) hovering just over a crowded railway station in Yokohama.

It was in broad daylight, around 11:30 a.m.
She described the object incredibly as a typical, “flying saucer“, just as “flying saucers” have always been depicted in comic books or in Sci-Fi movies.
She said in the letter that it happened while she and her grandson were walking away from the railroad station and walking towards home.  (They lived in a busy shopping street called Motomachi Shopping Street…..see the photo above of the street).

She felt as if “something had told her” to turn around and look back towards the railway station.
And, Lord, behold, right over the station, she suddenly saw this shiny, silverish, metallic, typical “flying saucer” with a dome hovering over!
She immediately pointed to her grandson to turn around and look, and at that very moment, the object was gone…..vanished!

The street was filled with people coming from and going to the railway station.
She was so awe-struck that she didn’t even notice anyone observing the object.

My mother had always been skeptical and always used to ridicule my serious interest in “UFOs”.

(In my childhood years, I had always taken a great interest in “UFOs” or “flying saucers”, as they were called then, ever since my father had told me of his sighting of a strange, greenish “ball of fire” slowing moving over Yokohama bay one summer night in 1947, as he was night-fishing, his favorite hobby of many many years.  He swore that the object seemed as if it were “intelligently controlled” or “intelligently maneuvering”.  He said he had never seen anything like it before.  My father had passed away in 1982): 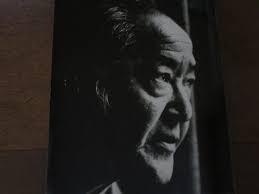 But getting back to my mother, her amazing sighting totally made her a believer.
Do I believe her sighting?
By all means, yes.
I have the highest respect for my mother and I totally believe what she said in the letter.
I visited my mother a few years later and she confirmed her sighting right to the dot.
There is no doubt in my mind that she did see what she said she saw.

But what do I think the “flying saucer” she saw was?

After more than 45 years of research behind the UFO phenomenon, I have yet to come to any definitive conclusion as to what UFOs are.
Is it a physical phenomenon?   Or, can it be classified as a ‘paraphysical’ phenomenon?
I do not have the answer.
But I can definitely state that I believe my mother saw a “flying saucer”.

This is why when a group of experienced pilots and several United Airlines employees reported that they had witnessed a metallic, saucer-shaped object hovering over Chicago’s O’Hare International Airport last November in the late afternoon, I truly believe that they did see what they said they saw, i.e., a metallic, saucer-shaped object….and nothing else.
Again, as to what “flying saucers” really are, I haven’t the slightest idea, even after many, many years of research (since around 1961).

During my years of research, I have read hundreds and hundreds of sighting reports, analyzed hundreds of documents, seen many many footages of sightings, interviewed hundreds of eyewitnesses (including some so-called “abductees”) and traveled far and wide to many sightings locations in both Japan and the United States,  including visiting Mexico, Chile and Argentina – – even though I have never seen what I can confidently say was a UFO, much less a “flying saucer”.

Surprising as it may sound, after all these personal efforts of many years, I cannot even come close to stating what is behind the UFO phenomena.
It still remains a mystery to me.
However, after all these years, the bottom line in my view is that we have yet to come up with a single physical, solid, hard, tangible, irrefutable evidence to prove that the UFO phenomena are physical manifestations of physical extraterrestrial intelligent entities from beyond this earth.

I am not saying that the UFO phenomena do not exist.
I am simply saying that empirical science, the only discipline available so far that we can rely on to determine a physical existence of a phenomenon, has not come up with any concrete evidence to prove beyond a shadow of doubt that “UFOs” are “nuts-and-bolts” physical craft operated or manipulated and occupied by physical entities from adavanced extrraterrestrial civilizations.

This is why I came to consider that the entire phenomena could even be some form of “psycho-spiritual” manifestations or such by a power which we cannot comprehend simply by physical pursuit, a power which apparently is capable of presenting an “instant” (but only “temporary“) “appearance” or “illusion” of being a physical phenomenon to the observer.  Some suggest that it could even be a momentary, holographic intrusion from some “parallel intelligence”.
Some others even suggest that it could perhaps be some form of temporary “time-slip” or an interdimensional “intrusion”.

We just don’t have the answer.

It seems to me that as a possible projection from “another” reality, the phenomenon appears to be able to materialize and de-materialize at will.

But more significant is its apparent inability to stay in our dimensional realm except for a few moments at a time, or only for a short period of time.

In other words, it seems apparent that they’re unable to survive in our physical dimension except for a very brief period of time, at a time.

Also interesting is their (spacecraft and its occupants’) apparent inability to be photographed with clarity, if at all.

As Dr. Jacques Vallee suggested quite often, “UFOs” may not necessarily be objects nor are they “flying” as we understand “flying” by the use of any propulsion system. Yet they are even said to be able to affect our physical parameters (such as radar, etc.)

It seems to me that in many cases a “UFO”, after making an initial appearance to what I call a “pre-selected” observer or observers (as well as at a pre-selected location and time), simply appears to take off at a tremendous speed and disappear into the distance as if utilizing some form of advanced propulsion system.

There is no doubt in my mind that this lady in the video below (in England, in 1954) also saw exactly what she described she saw – – but did her sighting constitute absolute conclusive evidence of an actual physical ET visitation in a physical ET spacecraft?

Or was it deceptively “staged” by extradimensional tricksters?

“Her description of the occupants of the unusual craft with their long blonde hair and beautiful faces, matches that of  “The Space Brothers”   –  beings who claimed to originate from the planet Venus, and who were  –  at that time, ( the 1950’s ) before the advent of  ‘the Grays‘  –  the most prevalent ‘aliens’ reported.    It should be noted that after the Soviet Venera satellites (launched in the early 1970’s) showed that conditions on Venus were  ‘hellish’  to say the least, it was reported that the ‘aliens’ claimed to originate from planets outside our solar system…according to later contactee reports.” – – courtesy of Bobby Sullivan:

Could this be a deception?

In other cases, “UFOs” seem to simply hover or “float” (again, as if they’re utilizing some form of a propulsion system capable of “floating”) before taking off or even de-materializing.

But again, could this be a deception?

(I have always had the highest respect for Dr. Jacques Vallee, the world’s top authority on the UFO phenomenon in my opinion)

MY PERSPECTIVE ON THE UFO PHENOMENON, BASED ON THE PROPOSITIONS BY DR. JACQUES VALLEE AND THOMAS SCOLARICI

“Human beings are under the control of a strange force that bends them in absurd ways, forcing them to play a role in a bizarre game of deception.” – – Jacques Vallee